Home fullforms What is The Form of AIDS?

What is The Form of AIDS? 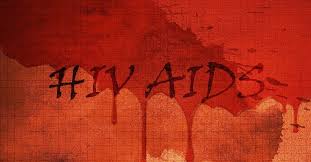 Acquired: It means that you can get infected with it.

Immune Deficiency: It specifies the weakness of body's immune system.

Syndrome: It is a group symptoms that make up a disease.

AIDS is a disease of human immune system caused by the infection with human immunodeficiency virus (HIV). The initial symptoms of this disease may be a brief period of influenza-like illness. AIDS is a disease which may progress for a long period of time without any symptoms. As the infection progresses, it interferes more and more with the immune system and makes the infected person too weak and thus susceptible to common infections like Tuberculosis, tumors, asthma, etc.

The HIV virus attacks on the T-cells in the immune system and makes your body so weak that it can be easily affected by bacteria, virus and fungi. In starting weeks, it can show symptoms like a headache, fever, sore joints and muscles, etc. When the infection spreads, the human immune system becomes weaker and loses its ability to fight the normal infections, diseases and cancers. AIDS is the extreme condition of this infection, i.e. a person infected with HIV will progress to AIDS, if not treated properly. 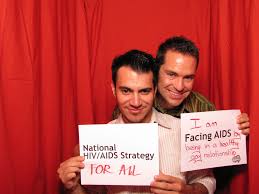 The HIV infection is divided into three stages;

Chronic HIV Infection: This is the second stage of HIV infection. In this stage, the immune system loses the battle with HIV and the flu like symptoms disappear. The other symptoms may take months or years to appear. Doctors call this stage asymptomatic or clinical latent period. In this stage, the virus starts replicating in the body that gradually weakens the immune system. You may not look or feel sick, so there are chances that you can pass HIV to others. So, the early testing for HIV is very important, even if you are feeling fine.

AIDS/Advanced Infection: This is the third and advanced stage of HIV infection. In this stage, your CD4 T-cell number goes below 200 and your immunity decreases drastically that make you more susceptible to opportunistic infections. Aids can be transmitted from person to person in many ways:

By unprotected intercourse with an infected person
By Blood transfusion
From mother to a child (By birth), it can also be spread by breastfeeding
Through oral sex, in some cases it can possible by deep kissing
By the use of hypodermic needles
Artificial insemination with denoted semen infected with HIV
Through a donated organ received from an infected donor
Symptoms of AIDS
Aids can be transmitted from person to person in many ways:

Avoid sexual intercourse with any of the following:
People infected or suspected to be infected with AIDS
Multiple partners
A person who has multiple partners
A person who takes IV drugs
Do not use intravenous drugs
Avoid exposure to blood when the HIV status of the bleeding person is unknown
The HIV positive person should not donate blood, plasma, sperm and body organs
HIV positive women should take the required precaution and medications to reduce the chances of infection to the unborn children
HIV positive women should not breast feed

Safe sex practices like use of latex condoms should be adopted